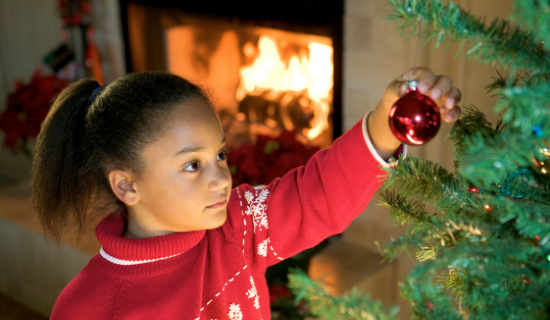 Every year we wait in anticipation for that one television advert to appear. You’ve got it, the Coca-Cola ad with Father Christmas. The hype and excitement around that one weekend marks the start of Christmas and what seems to be the new traditional date of putting up the Christmas tree. There’s no doubt about it, a great campaign causes a stir and gets people talking. British Retailers sure do know how to do it best. With Christmas creeping up on us faster than ever, we look back at Christmas marketing campaigns that have influenced us, made us laugh, cry and shake our heads in the run-up to the big day.

M&S have nailed it this year using a well know character loved by adults and children alike. Forget about the traditional helping hand from the loveable elves. This year Paddington Bear jumps on the sleigh and helps the lost modern Santa deliver his presents. We love how they have used this character and played with our emotions as the sad story spirals into a positive one. What’s best is they are raising donations for the NSPCC. What a great way to give back.

For each Paddington & The Christmas Visitor book, M&S sell they will donate £2 to NSPCC’s Childline – the book costs just £3 and could light up a child’s life this Christmas.

Next up is the Kevin and Katie Aldi advert. They target the audience brilliantly with a couple of carrots whilst showcasing their delicious food. Heart-warming storylines just make the best campaign…ever. Off the back of this brilliantly structured campaign, people now collect Kevin and Katie soft plush toys, chocolate carrots and even a book about Kevin and Katie’s adventure. A sign of a clever and well-executed marketing strategy. 2016 also saw the carrot at Christmas and this year it’s back, head over hills in love. It’s simple, if something is working then don’t fix it, just make it better.

Our next example covers a smaller business with a big campaign. There are a number of examples out there but the one that we particularly liked was Not On The High Street’s 2015 campaign. No huge run-up to this campaign whatsoever with just 4 days until Christmas. We love how they used social media and their own hashtag in conjunction with a cleverly organised vending machine that connected to Twitter. Take a selfie – receive a free gift, easy as. Not only did this make the general public get involved in their campaign but it also raised their brand awareness, effortlessly and painlessly at the perfect time. In comparison to some of the bigger brands out there, Not On The High Street found a fun way to relate to its audience. A unique Christmas marketing strategy that is remembered for all the right reasons.

Comical campaigns that made you laugh

Everyone loves a bit of humour at Christmas. What a better way to start the festive cheer than with a humorous marketing campaign. If you are one of those whose birthday falls in December you will feel the pain of this. Now imagine if your birthday fall’s on Christmas Day, not as great as some may think! Three launched a campaign named The Boy Who Was Named on Christmas Day, back in 2015. Guess what, that boy was named Noel.

Three were encouraging people to say Merry Birthday to those born on the 25th December, instead of the traditional Merry Christmas. Although cringe-worthy it does make you smile. Three cleverly used social media and modern-day technology with Facebook and Twitter to share their campaign using the hashtag #makeitright. Very tongue-in-cheek but still has got to be one of our favourite adverts. If you were born on Christmas Day we wish you a Merry Birthday from all of us.

Check out the ad here: http://creativity-online.com/work/three-merry-birthday/44708

The PR Week published an article about the winners and losers of Christmas marketing campaigns back in 2015. They had a panel of experts give their points of views regarding these, one of the campaigns being Waitrose. This is what was written and what the experts had to say:

“When it launched on 4 November, Waitrose focused on telling people the story of how it brings together the best premium food products from its suppliers to create a Christmas table anyone would be proud of. Beyond that, there was little for the public to talk about, and it achieved just 2,000 mentions on Twitter in the first week following the launch of the film, although it did receive 670,000 views on YouTube. The film was created by adam&eveDDB, which also created the John Lewis film. Like-for-like sales fell by 1.4 per cent in the six weeks to 2 January”.

Frankie Oliver, strategic comms consultant – “While this ad brilliant showcased the lovely food you can buy at Waitrose, I found it a bit dull. It was beautifully shot but there was nothing surprising about it. I think I wanted Heston to do something dramatic with a Christmas pudding. He’s a magician in the kitchen. So let’s see some magic, Waitrose.”

Chris Hides, managing director, M&C Saatchi PR – “Food and drink is a major battleground at Christmas and the Waitrose ad had all of the ingredients that you’d expect the Waitrose Xmas ad to have: families, great food, a drop of Heston, snow, jazz and candles. It enjoyed a record Christmas, so the mix clearly did the trick.”

Oldies but goodies – The way Christmas adverts used to be

There’s no doubt about it, we have all had our favourites over the years. When we were younger the smaller companies such as the likes of OXO, Toys R Us and Woolworths had adverts that we would wait for, remember and love. Here is a couple that never disappoints:

One of the most recognised adverts on UK TV, released back in the 1980’s and still with us today. Toys R Us is up there amongst our top picks always remembered for the famous ‘Magical Place’ tune and not to forget, Geoffrey the Giraffe who always loves taking centre stage. This really does make our childhood feel like a distant memory.

One of the simplest but most infectious and effective campaigns still to this day. This year is a special year. The 22nd year anniversary of the festive coca-cola truck, celebrating the day it first hit our screens and hearts.

We hope you have enjoyed your trip back through time. We know some of you may be struggling so have put together a few tips that will help you stay sane but be seen:

No matter how big or small your announcement may be, don’t forget you have time. Tear at the heartstrings but more importantly of all make it fun and festive. On that note, we wish you a cracking Christmas and look forward to seeing you in 2018.

This site uses Akismet to reduce spam. Learn how your comment data is processed.

You don't have to keep checking in. Every time we hit publish you'll know about it.

You can find out more about which cookies we are using or switch them off in settings.

This website uses cookies so that we can provide you with the best user experience possible. Cookie information is stored in your browser and performs functions such as recognising you when you return to our website and helping our team to understand which sections of the website you find most interesting and useful.

Strictly Necessary Cookie should be enabled at all times so that we can save your preferences for cookie settings.

If you disable this cookie, we will not be able to save your preferences. This means that every time you visit this website you will need to enable or disable cookies again.